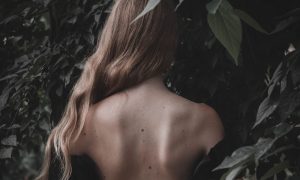 Having a birthmark is common and so are moles but where they are located can determine if you are a psychic or not.  There are significances to birthmarks and the belief that the culture says that having a birthmark can mean certain things.

Birthmarks can have different reasons such as trauma int eh past life or being possessed.

Birthmarks from the past life have been discovered and they sometimes correspond with a past death in a previous life.

There are different places to find out about past life birthmarks and what they mean.

There are different types of birthmarks and they can include indigo, crystal or rainbow children.  Some children are known as star seeds.  They are believed to be from pallets and have special abilities.

One of the physical parts of this is that not all children have these.  Some have them on their forehead or other parts of their bodies.

Many people have feelings of the shape and the size of the birthmark and where they are located and feel that this can mean luck or good relationships.

Some cultures believe in birthmarks as part of an origin.  In Japan, women were not allowed to look at fires or their child would be burned, and this would be a birthmark.

Some believe that birthmarks will tell if the child will die young and others believe that it can tell the future.

Some people believe that birthmarks are a bad thing and consider them a mark from the devil.

Molemancy is figuring out what the divination of moles are and using birthmarks to figure out the future.

If a birthmark is located on the forehead, it can mean that the person is intelligent and will have a good career.

On the neck means that the child will be successful.

A birthmark on the butt means that men and women will fall in love with ceah other.

On the back the birthmark means you have and are open to new ideas.

A birthmark located on the leg can mean that there is no independence.

If a person has a birthmark on their eye, then it means that there was a death caused by a stabbing.

A birthmark located on the face means that the person will have success.

A mouth birthmark is when a person will have good wealth.

If a birthmark is on the hand, the person will have a talent.

An angel kills birthmark is when someone has good talents and gifts.

A stork bite is when a red birthmark is on the stomach and this can mean that the stock nipped the baby accidently.

Most people have some type of birthmark and this can be from natural causes or from other reasons.  If there is no birthmark then the person is spiritually evolved and doesn’t carry trauma.

Some people consider birthmarks to mean something and you have to determine if you believe in what the psychics believe or if you don’t.  This is up to you. 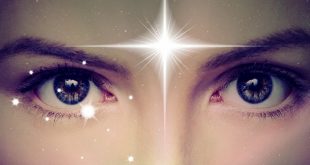 When your psychic abilities finally work in your life, it can be some of the …