Home / Clairvoyance Psychics / 11 Signs You May Be Clairvoyant

11 Signs You May Be Clairvoyant 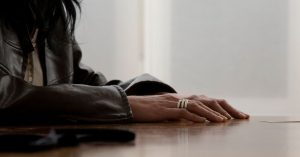 Here are 11 signs you may be clairvoyant:

Anyone with any sort of psychic ability has intuition, so the same is true of clairvoyants. What is intuition? It’s an instinct or sense. It’s what people refer to as a “gut feeling”. So, whether the feeling is good or bad, simply feeling that something is either good or bad is intuition.

This is a pretty basic skill that can be exercised. The more you get used to listening to it and trusting it, the stronger it will get. It’s especially useful when it comes to making decisions and seeking direction. It can take a lot of guesswork out of decisions, such as which job offer to take. Just think about your choices and make the decision based on whether they feel good or bad.

Channeling spirits, guides or angels is closely related to clairvoyant abilities. Sometimes as our powers grow, we channel things for other people. So, the more this happens and the more accurate it gets, the stronger your abilities are becoming. You can exercise this ability by closing your eyes when you’re trying to help someone and trying to see images.

We’re surrounded by non-physical entities that exist on this plane, and there are others which we can access that live on other planes, such as spirits. Sometimes you’ll catch yourself talking to someone, only to notice that there’s no one in the room with you. You can also sometimes hear someone questioning you, trying to get your attention, or telling you to do something. You’re not going crazy. These are non-physical beings who are communicating with you, and it’s a sign that you’re psychically open for communication.

Clairvoyance comes in many forms and it can be literally ANY image. Sometimes when the Universe speaks to us, it uses symbols, numbers, or colors. This could also be a spirit or guide trying to communicate with you. Many numbers and symbols have their own meanings. But whatever signals you’re being given, it’s now your responsibility to de-code them.

Seeing auras is a sign of clairvoyance. This gift often presents itself as colors or lights that surround objects, people, animals, or plants. Clairvoyance often involves seeing things with the “mind’s eye”, but seeing auras is one way that it manifests itself in our physical eyes. It’s not a common ability, and it indicates that you could be a powerful clairvoyant with practice.

You’re probably a clairvoyant if you just know things are going to happen before they actually do. This doesn’t always come in the form of images, and you may not actually “see” anything. It’s automatic, and you just KNOW, even if you don’t know how you know. Lots of psychics experience this knowing when it involves major World Events that affect a lot of people. This “knowing” what’s going to happen before it happens is called “claircognizence”.

This is one way that your abilities can manifest themselves, even in your sleep. Many clairvoyants who start keeping dream journals are surprised to find that many of the dreams they write about actually happen at some point in the future. Often, once they start writing, more details are remembered. Dreams that come true are called “precognitive dreams”.

If you can see spirits and ghosts in your everyday surroundings, your Third Eye is open. It’s very likely that you are becoming a powerful clairvoyant. Sometimes you only see something moving around out of the corner of your eye. Other times, you can see an apparition in it’s entirety roaming about your home. If you see or speak to lost loved ones, you’re likely both a medium AND a clairvoyant.

Visions and “waking dreams” often go hand-in-hand with being clairvoyant. These visions are one of the ways that psychics can predict the future. They usually come in the form of images or movies. But no matter how they come to you, you know in your bones that it’s the future. The images take place in the mine and involve people, places, things, ore events- and they feel either relevant or urgent. Visions differ from prophetic dreams because they occur when you’re awake, which is why some people call them “waking dreams”.

This is a rare ability. Rather than “seeing” things in your mind’s eye, you see them through your physical eyes, as if the event is actually transpiring right in front of you. It may feel like being in a movie. People with this ability are very powerful clairvoyants, whether they trained their abilities to get to this level, or were born with it.

This doesn’t happen constantly, but powerful well-trained clairvoyants do make these sorts of predictions from time to time. It doesn’t have to affect people across the globe to qualify as a world event prediction. It could involve an area near you, or some other specific area. These predictions often involve danger or tragedy, like floods, hurricanes, or earthquakes. No one really knows why world event predictions happen, but there are theories. It’s possible that clairvoyants are more connected with something like a hive mind or universal knowledge. Or, they could be more “in tune” with the Earth and its energies.

These are the 11 signs that you may be clairvoyant. If you practice and exercise your abilities, it’s possible that your abilities will become more useful as you level them up, and you’ll become a more powerful clairvoyant, overall. 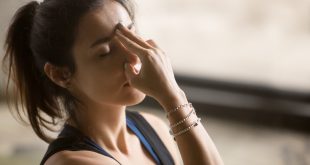